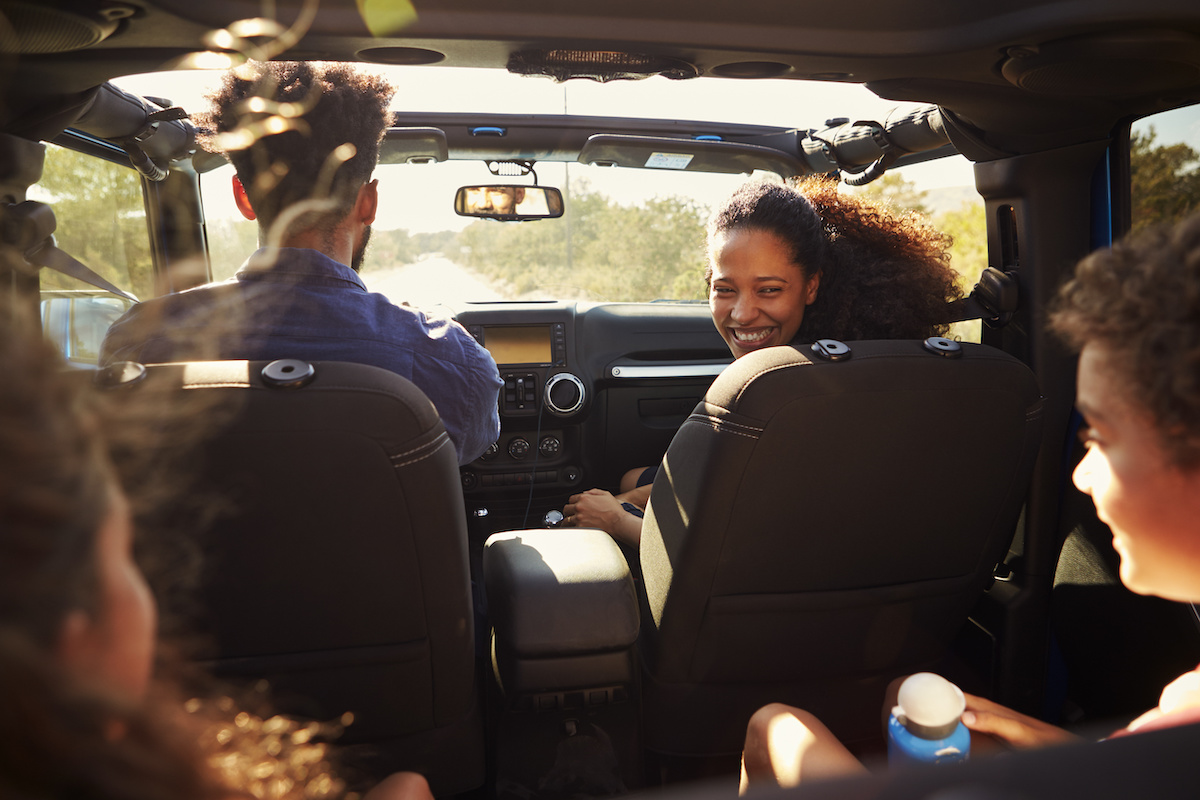 It’s officially summer: time to dip our feet in backyard pools, throw barbeque cookouts and, of course, take the family on a road trip.

But before you strap in the kids and hit the highway, make sure you have one important thing in your arsenal: games you can play in the car. And while these could be tangible games or the kind you play with your senses, car games encourage family bonding and help pass the time.

The best part? Parents have just as much fun as their backseat travelers. And introducing games you played in the car during your own childhood trips can really bring the bonding full circle: Letting your kids know that you were once little, too, makes them even more eager to play along.

So, what kinds of games keep the fun rolling like wheels on the open road? Check out this list of games that’ll keep the kids entertained (and your sanity in check):

How many different states can your family identify on the road? On license plates, that is. With pen and paper, keep a list of every state license plate your children spot. Challenge them even more by asking them to keep eyes peeled for state plates that are rare in the area you’re traveling. For instance, if you’re driving through West Coast states, encourage your kids to try and identify East Coast plates (like a New York plate traveling through the state of California). And the game’s end-goal is quite simple: to identify as many different states as possible. Add a little competition to it by creating a separate list for every kid. Maybe Jenny spots 22 different states and Josh spots 19; it’s all part of the fun!

If your kids are a little older, try introducing this game you can play in the car to pique their short attention spans. Start by calling out an actor or actress’s name. As an example, let’s use Tom Hanks. In this instance, your kids (or even your spouse!) must name a film Tom Hanks has appeared in. Let’s say someone suggests the film “Castaway” as an answer. It’s correct, so now someone else must list an additional actor or actress from that movie. (Helen Hunt would be the optimal answer here, for those keeping score at home.) Next, someone throws out the name of another film Helen Hunt starred in, and the game continues on and on. If someone incorrectly identifies a film or its respective stars, they must sit out until the next round begins.

This is a quintessential classic for any road trip, and it’s incredibly simple: Locate something on your drive—let’s say it’s a red Corvette in the fast lane—and say to your kids, “I spy with my little eye something that is the color of cherries.” Then, prompt your kids to guess what it is. Their only task is to scan the environment (in and around your vehicle) to locate “something the color of cherries,” and they must call out their guesses. Whoever answers correctly first wins the round. For every additional round, change up the things you “spy.” To shake things up a bit, consider flipping the game by having your children be the “spies” while you are the “guesser.”

When it comes to road trips, there’s really nothing better than the snacks you encounter along the way. No item is too greasy or sugary, and most travelers are willing to cast their diets aside. That’s good news, because this next game you can play in the car involves nothing but good eats from local spots. In this game, your goal is to collect regional foods from the time your trip begins to the time it ends. For every gas station or convenience store you stop at, check the shelves for a snack or food item that was produced in whatever town or state you’re passing through. You can only purchase one regional item per stop, and the item must have been made in the location you’re currently in. (For example, if you stop in St. Louis to fuel up, be sure to pick up Old Vienna’s Red Hot Riplets; they’re a beloved city staple.) To win the game, simply have more locally based snacks than anyone else in the car. One caveat: Foods from duplicate cities don’t count.

Going on a Picnic

This is another classic game you can play in the car, and it involves little more than a good memory and a big imagination. The game begins when someone in the car announces, “I’m going on a picnic, and I’m going to bring X.” In this case, “X” can be any item the player selects; for our purposes, let’s say it’s a boomerang. The next person in the car must announce the same line — “I’m going on a picnic, and I’m going to bring” — and they must first include the last person’s item (the boomerang) before they can add their own. Players go back and forth, calling back on the memory of past picnic items and ultimately adding another to the list. The first person who is unable to correctly list all of the items in order, from the first to the most recent, loses the game.

If you’re an expert in preparation, car bingo is the game for your family. Prior to hitting the open road, print off a handful of car bingo sheets; you can find countless types and patterns with a quick “car bingo” Google search. Or, if you like to go the extra mile, create your own. Whatever you choose to do, make sure the bingo sheets have images of objects you will likely pass on your trip: cows, hay bales, fire trucks, tractors. Use coins or slips of paper as bingo markers and, throughout the duration of your drive, see who can fill their bingo board the fastest! Don’t forget to yell out “Bingo!” if you’ve got a winner.

There are plenty of ways to pass the time—and encourage family bonding—while you’re taking road trips this summer. Be safe and have fun, and for any other car needs and wants, let Schaefer Autobody Centers guide you in the right direction.