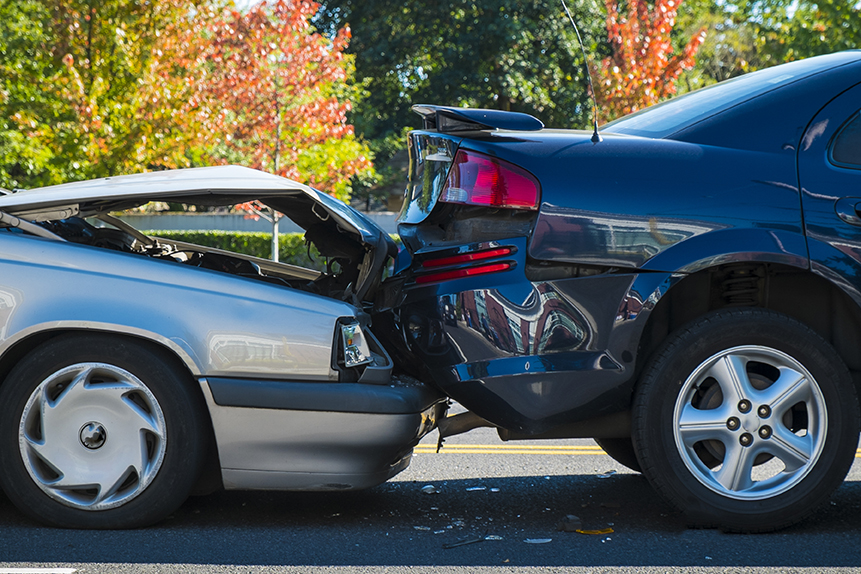 When we get behind the wheel every day we put a lot of trust in our fellow citizens. We are at risk any time we drive our cars, from legitimate accidents that may occur as a result of just going about our business, but also from people who may have ulterior motives. Sadly the money to be made from insurance fraud is a motivating factor for people who may be looking to make some fast cash. Just ask this guy who crashed his $1 million Bugatti into a lake – on purpose!? This phenomenon has become such a big thing that there are actually names for the kinds of sketchy accidents that insurance companies see frequently. Here are a few of the most common staged accidents you could become a victim of and how you can help protect yourself.

A very common, and unfortunately very easy, accident to stage is a rear-end collision. Some might call this the “swoop and squat.” In this attempt at insurance fraud, a driver will either deliberately pull in front of someone giving the driver no choice but to rear-end them, or will come to a sudden stop in congested traffic to force the driver behind them to rear-end their car. This results in obvious damage to both vehicles and, as a rear-end collision is often assumed to be the fault of the rear driver, this results in an unassuming driver’s insurance having to pay big $$$ in costly repairs. This scam often comes with another price tag for the unassuming driver’s insurance company when the perpetrator often claims to have injuries related to the accident. Be sure to always maintain a safe distance between yourself and the car in front of you, and be aware of other drivers moving quickly into your lane to give yourself plenty of time to stop.

Another common scam for people looking to cash in is a false wave-in or “drive down.” In this situation, as you are attempting to merge into traffic a seemingly friendly driver will wave you in offering you the right-of-way. As you merge into the lane they will purposefully collide with your vehicle and then deny ever having given you the right-of-way to the police. Unfortunately for you, in this situation it’s a case of he-said, she-said and the police officer will have no choice but to cite the party who failed to properly obey common driving rules (in this case, you.) This ultimately leads to a costly insurance claim and unnecessary damages for you. To keep yourself safe from being victimized in this type of scam, be sure to always obey the rules of the road despite what you may think is a friendly driver offering you a hand.

Also known as a “left-turn sideswipe,” it is not uncommon to fall victim to another driver purposefully side-swiping your car and then blaming you for entering their lane. As you approach an intersection with two turning lanes and attempt to make a safe left hand turn, another driver will cross the center line of traffic intentionally side-swiping your car and asserting you are the party to blame. In this instance, be sure to always allow safe distance as you approach any turning lane and be sure to stay safely within your lane.

Even in the event of an accident where you have legitimately found yourself as the at-fault driver, it’s important to take pictures of both vehicles. This will help prevent the other party from exaggerating the extent of their car’s damages in order to enhance the claim and have unrelated damage paid for by your insurance.

At the end of the day, there’s not much we can do to avoid people who may have less than trustworthy motives while driving. What we CAN do is make sure we practice safe and smart driving habits to lower the risk of falling victim to one of these common insurance scams.

Schedule a repair or estimate with Schaefer Autobody today.